The Denpa Men: They Came By Wave Review

Even in my weirdest dream, I never imagined that there can be people flying around on radio waves. That's what the Denpa Men are, creatures with antenna on their heads flying around on the least expected places.

Of course, they don't fly all the time. In fact, they live on this certain island called Digitoll. The world of Denpa Men also introduce a diverse set of creatures. Their lives can also get dramatic and adventurous, as you'll find out in this review.

JRPG fans wouldn't find it hard to adjust to the gameplay. Newcomers however should also do just fine. As soon as you gather enough Denpa Men to go on your first mission, it will be very hard to stop playing.

The first thing you'll have to do as soon as you start to take control of the game is catch at least 4 Denpa Men using the Nintendo 3DS's outer camera. 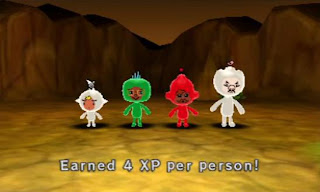 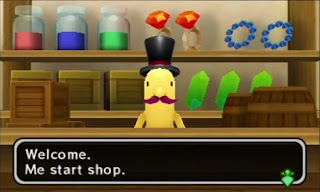 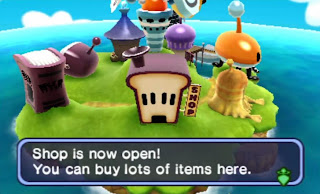 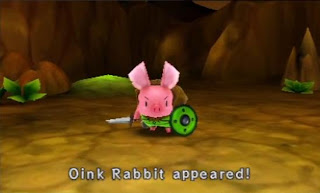 Every character varies in stats, skills, and elemental resistance. Denpa Men with antennas can basically cast spells while those that don't can't. Characters with certain colors have some resistance to certain elements but can also be weak to opposing elements.

Once you've gathered enough troops, it's time to head to the Tower of Evil where the person very important to your main character is held captive. The game is not to end that simple though. After you first mission, a few new places would start to appear and the world grows bigger.

Winning fights highly depend on the composition of your party and how well-trained they are. By training, we mean that you have to level up your characters. You can level up by gaining experience points which you can gain by defeating monsters. Fortunately, you don't always have to take each character with you for them to gain a level as they also gain experience even when you leave them in the Denpa House.

It's a good thing that you can see enemies and have the option to avoid them if you can. You can't do it all the time, but it's good that it's there. If you ever get to engage an enemy unwanted, you can also choose to escape from battle. However, there's also a big chance that you'll get prevented from escaping especially if your enemy's level is higher or just the same as your party.

The game automatically saves when you get out of a dungeon or from a place inside the Digitoll island. A quick save feature is also available in case you need to save while inside a dungeon. Sometimes I wish that they've put a save anywhere feature instead but they must have had good reasons for not doing so.

As with traditional JRPG's you can equip your Denpa Men with clothes and equipments. Equipment plays a very big role in the game, because as cute as the game may look, it can easily become frustrating if you don't cover the basics. Boss fights for example can be tough if faced unprepared. Most bosses have a predictable pattern though and it's mostly a matter of finding their weakness and having the right Denpa Man with the right skill in your party. Regular enemies are a little easier to know since you'll always get a chance to go back to Digitoll and buy the appropriate equipment for your party.

The game graphics is so simple, it doesn't try so hard that it makes the game look incredibly awesome. The character designs are cute and felt very consistent.

Character appearances slightly differ in head shapes and their facial features. Your main character makes the ultimate distinction. For the rest of the characters, it does feel a little generic. You can change the character clothing though which puts some colorful pattern on a character's body part plus the added benefit of defense and resistance to certain attacks.

Enemies also differ in kinds. There are also enemies that basically look the same but slightly vary on skill and appearance. You could be fighting a butterfly monster for example of wind type element, and another variation with fire element. The variations look convincing enough to make a distinction.

The environment also blends perfectly with the game's art. We can safely say that the graphics could easily rival those that were released as full retail games on the 3DS. 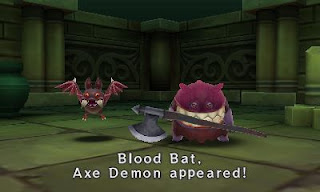 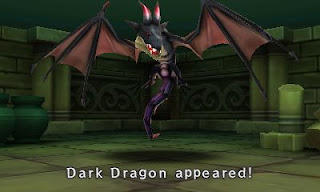 The animation is smooth and runs at a very high framerate. It's also very easy to appreciate the 3D as it makes the environment look bigger. It's not so hard on the eyes to leave the 3D on and play for a couple of hours. The camera settings seem to have been programmed with the 3D in mind. Excellent work on the 3D!

The music makes a perfect transition to another. For example, coming from an island and then going to the Digitoll island makes a very smooth musical transition. It's mostly the same tune with different instrumental variation. There's a mix of fantasy and digital inspiration.

Aside from the different sound remixes on the overworld map, there are also a number of musical scores tailored for each place that you go. We can't stress enough how music adds up to the overall game experience and this game has successfully done so.

The sound effects are just as good as well. There's some cartoon feel in it, you know, like toinks, boinks, those things. The magic effects also sounded very natural.

The game also makes effective use of the physical and touchscreen controls. If there's anything frustrating about the game controls, it's when trying to figure out how to switch your Denpa Men party for the first time. But you'll eventually get used to it. 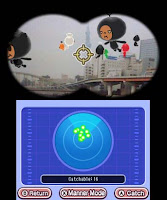 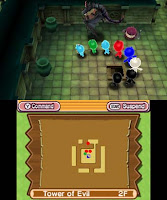 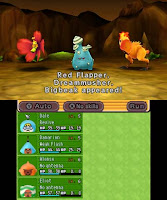 The developers tried in every way to provide an alternative for the controls as much as they can. For example, you can move the characters around by using the circle pad or alternately with the DPad. You can also press confirm with the Y button or simply with the L trigger.

On the map, you can choose a place and navigate by using the DPad and pressing on a button, or simply by using the touchscreen. We also like the way they provided shortcuts for the auto-attack command, it really saves a lot of time and thinking. The effort exerted on the user experience is really visible and well-thought of.

You can make your journey easier by scanning AR codes of other people's characters. However, you can't have those characters come back if they die and you go out of a dungeon. Also, characters you got via AR scan start at level 1. In most cases, it's still easier to just level up your own captured Denpa.

The Denpa Men: They Came By Wave provides a hefty challenge. The game is lenghty and the gameplay is mostly balanced. The Denpa Men is a game so wonderful that it would be a shame not to try it even once. It will appeal more to the niche market of JRPG lovers but it's a must-try for every eShop shoppers.

The Denpa Men: They Came By Wave Review Score

Thanks Chadi! We're looking forward for a localization of the sequel as well.