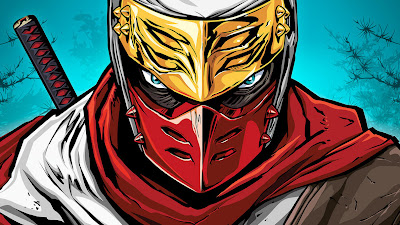 A game highly inspired by the SEGA Genesis classic ninja series. Shinobi for 3DS puts you on the role of Jiro Musashi, the leader of the Oboro clan. He is father to the Joe Musashi, who was the ninja in the first game. The 3DS version makes the 12th installment in the entire series.

The game starts with Jiro's village being attacked, and in his effort to prevent enemies from destroying his village, he got thrown in time. This basically makes the mix-up of feudal Japan and modern settings.

Each level you play are divided into several parts. Most levels can be very lengthy and stressful to finish so you're guaranteed to take a break after each level. It's a good thing that you can quick save the game though! At the end of each level is a boss fight which requires some simple analysis and skill to beat.

At the most basic level, you can slash enemies with your katana (sword) or attack distant enemies with a Kunai. Ground attacks differ with aerial attacks. For example, doing a double jump in the air and making a shuriken attack makes Jiro throw Kunai's on several directions.

What is a Ninja without acrobatic skills? Jiro has the ability to hang on the ceiling or wall. These two things add up so much to the game's challenge. You'll begin to feel a little more ninja-like once you get used to them. Jiro even have a chain that instantly clips him to the ceiling. He can also perform a slide to dodge some enemy moves.

Stealth moves are also in the game. You can sneak up to certain enemies and perform a killing move with a press of a button once you're near enough the enemy.

As with the classic series, you're given one chance to perform magic (ninjutsu, I suppose) ranging from powerful attacks that instantly kills all enemies at once to spells enhancing your physical abilities such as moving faster and jumping farther. Once you've used your magic, you'll need a magic scroll in order to perform it again. Using magic scrolls lower the score which again adds to the challenge.

The game introduces a parry feature which allows you to block enemy attacks on ground or on air. If you're on the ground, you can let out a counter-attack which instantly kills most enemies. The parry feature can take a while to master, but it can add up so much to the fun in the game once you've mastered it. 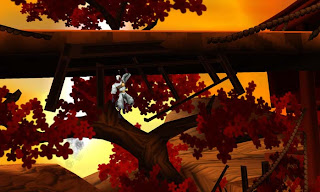 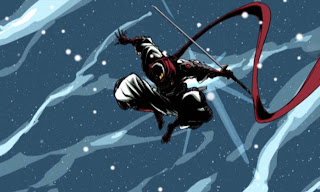 Another cool thing is the combo feature. You can make a combo attack by continuously pressing the attack button. You can also mix the attack button with directional moves to vary your attacks. You can mix up your moves from sword-slashing to kunai throwing. It's up for you to get creative.

The character and level designs are great, the first level really felt Japanese. There was enough level of detail for the foreground and the background was always busy. The character models are OK, it wasn't very important how detailed they are since you're looking at them from afar anyway. Still, the character models were done really good.

The animation is great and felt like they really spent a lot of time on it. There's one thing that just really annoys in this game that is not immediately noticeable to a regular player — dynamic lighting. Griptonite Games somehow always does this. It's the same thing they used on Green Lantern: Rise of the Manhunters.

Somehow, it felt like the shadows and reflections were "cheated" using plain textures. That might be a little too technical for some, but just bear in mind that dynamic stuff adds a lot to the visual experience. And because of this, you won't really be able to impress any of your friends with the graphics, especially the Sony fanboys. The impression we always get is that it's like an "improved DS" graphics rather than "WOW".

The 3D is actually quite good in this game. The 3D effect is quite obvious starting from the menu screen up to the main gameplay. However, it's hard to focus on the intensity of the game and enjoy the beautiful environment at the same time.

There are anime-style motion-picture cutscenes in the game. It's just a shame that they don't utilize the 3DS function. I mean, come on! Those were the perfect parts to put 3D in and they totally took it out.

There is nothing to complain about the sound quality. Sword cutting to flesh, steel against steel, explosion, rockets, water, every basic stuff has been diligently sound engineered. The music is good but not overly impressive. The main theme is easily recognizable though.

The controls are perfectly laid out and makes it feel like the 3DS was really the perfect platform for the game. You can select a magic spell to use during the actual game on the lower touchscreen, and things such as time and score are also displayed there. The upper screen is where all the action happens and also where your vitality, kunai count, and damage/speed multiplier is displayed. Everything else can be controlled with the physical buttons.

We're wondering why they didn't utilize the touchscreen for the main menu. There are some places where it felt like a total waste of space. To be fair, there areas where the lower screen is made very good use of such as displaying extra information.

The game is difficult and totally geared to plaforming and old fans of the series. You can adjust the difficulty settings of the game though so there's nothing to prevent a newcomer from playing it.

As you progress in the game there are a lot of things to unlock, thanks to the in-game achievement system. There's also an awards vault where you can have access to the game's music, movies, artwork, and even read a little about the history of the franchise.

There are also cheats to unlock but you can't use them on the main game. In case you're wondering, some of the cheats you can unlock are weapons, costumes, unlimited magic, invinsibility and a lot of other stuff.

In case you want to see how well you did on a level, you can replay your entire game with the Shinobi Theater feature. All your moves and decision making are recorded there. It's an excellent way to see where you can improve. You can also brag about it to your friends who play the same game.

Overall, Shinobi for 3DS is a great fan service. It felt like they could've put in some more with the graphics but the gameplay is really something to care about more. It falls a little short of our expectations but still a decent addition to the 3DS library.