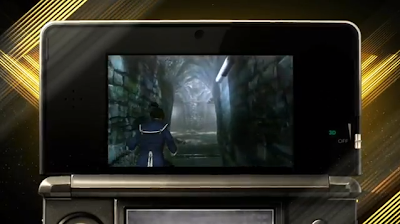 Not too long and about the 47th second mark, it starts to show a very high quality character model. It seems like you can explore in third-person view in a wide and very realistic environment.

Some short battle scenes were also shown which seems to follow the classic style of battling monsters. If you don't know what that is, enemies are basically displayed in front of you in first-person view. Your attacks are mostly symbolical, like if you do a sword attack for example then some slicing animation will be shown. It's very different from the final-fantasy style of battle and it's more of a style than trying to make you wow.

Shin Megami Tensei IV is expected to come out sometime in 2013. Excited? Leave a comment!
2 comments • Discuss in forums • Posted on Tuesday, September 18, 2012

It certainly is a killer. The Vita have some good games on its own. No need to bash around. :)