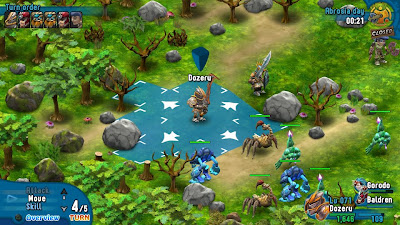 EastAsiaSoft recently announced that they are currently working on a portable version of Rainbow Moon for the PlayStation Vita. The development will be done by SideQuest Studios, EastAsiaSoft 's trusted partner.

Rainbow Moon is an RPG game recently released exclusively for the PS3. It features a turn-based battle system, and has a strong emphasis on exploration and character development. The world is in isometric view and open for exploration.

There are six playable characters in the original game. Players have the ability to upgrade weapons, armor and accessories. The game also features skills and 20 challenging dungeons.

According to IGN, the decision to bring the game over to the Vita was because of the "game’s success on the PlayStation 3 and really strong user feedback". Rainbow Moon was the second best selling game back in July, 2012.

The Vita version will "mostly be a direct port" but EastAsiaSoft is also considering putting in more  features such as cross-saving support.

Rainbow Moon for PS Vita is scheduled for release sometime in 2013.
2 comments • Discuss in forums • Posted on Friday, September 28, 2012

Good thing that it's coming to the Vita! :)