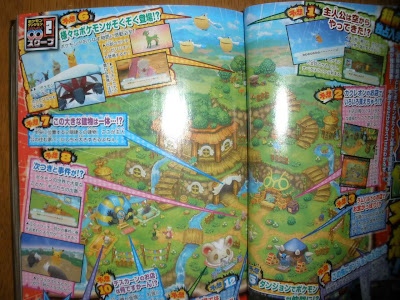 A new Pokemon game will be coming over to the 3DS. The game will be called Pokémon Mystery Dungeon: Magnagate And The Infinite Labyrinth.

Unlike the previously released Pokemon Black and White 2 titles, this game will be a stand-alone one. You will play as a human who gets sucked into a dream and turns into a Pokémon. It seems that it's possible to turn into either Pikachu, Oshawatt, Axew, Snivy or Tepig. Other confirmed Pokémon characters include those from the region of Unova such as Gurdurr, Hydreigon and Virizion.

The game will have AR features as well as 3D support. Pokémon Mystery Dungeon: Magnagate And The Infinite Labyrinth is due for release this Winter in Japan.