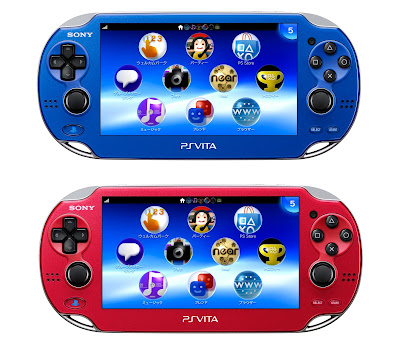 Thinking of getting a Vita but hindered by the available colors? Not to worry! Sony is releasing two more color variants which comes in blue and red.

The Vita originally came in black and it was one of the most elegant-looking gadget we've ever seen. Sony eventually released a white version a few months after its release.

The official names for the new colors are Sapphire Blue and Cosmic Red. The new PS Vita colors will come on November 15th in Japan. There were more color variants teased during the Tokyo Game Show last year, but somehow, Sony held back on releasing them.

The red one is kind of an eyesore.

It is? I only wish they added a few more like Purple and gray maybe... But I like the blue one.

its better way if they colored the both analogs in the same way...