Monster Hunter 3 Ultimate Announced For 3DS and Wii U 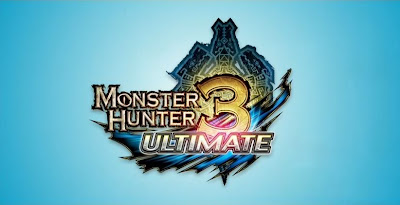 One of the biggest news this week that shocked the gaming world is Capcom's announcement of Monster Hunter 3 Ultimate for the 3DS and the Nintendo Wii U. It can't be helped considering the massive fan base the game has built not just in Japan but in the whole world.

Both versions of the game will have touchscreen support to interact with in-game books, weapons, field maps and mini games. The game will run on Capcom's proprietary MT framework.

Unique to the 3DS is the player's ability to exchange guild cards that contains all of the player's hunter information with other players via StreetPass.

As with previous titles, Monster Hunter 3 Ultimate will support solo play and multiplayer. You can hunt with up to four players via local play. 3DS players will be able to find nearby hunters to adventure with via local Nintendo 3DS search feature.

If you decide to buy both games for both platforms, you can easily share data between the two with inter-compatibility save data support. You can go hunting at the comfort of your living room or even on-the-go.

Monster Hunter 3 Ultimate for the 3DS and Wii U will be coming over to North America and Europe in March 2013.
Be the first to comment • Discuss in forums • Posted on Saturday, September 15, 2012