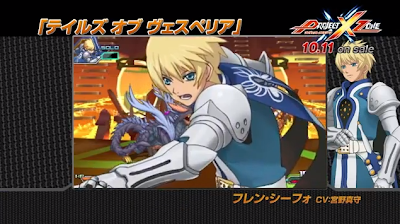 Harada also replied to a comment made by user XLayeredGamerX saying: "Not decided yet, but It will be realized if I continue proposing.". It seems like there's a light at the end of the tunnel. If successful, we might get a localized version for the US and Europe.

Project X Zone combines some of the most popular characters from games created by Namco Bandai, SEGA, and Capcom. The game is being developed by Banpresto, which is not surprising since the game itself is a turn-based strategy. Banpresto is known for their Japanese robot and turn-based strategy game, Super Robot Wars. If you're really curious about the gameplay, you should check out the 15-minute trailer video below.

Project X Zone is currently exclusive for the Nintendo 3DS. The game is scheduled for release in Japan this coming October.
1 comment • Discuss in forums • Posted on Tuesday, September 25, 2012

This needs to push through!