Jazz: Trump’s Journey Coming To PS Vita By The End Of Year 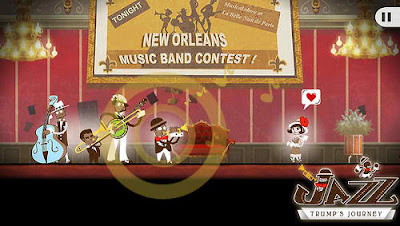 Another rhythm game will be coming over to the PS Vita and this one has some Jazz in it. The game has won the 2012 Best Video Game of the Year prize by the French Ministry of Culture. Let's hit some notes with Jazz: Trump’s Journey.

The game puts you on the role of Trump during his young years. The story is inspired by jazz legend Louis Armstrong. It's not really an original game for the Vita; the game was first released on the iOS platform back on December, 2011. 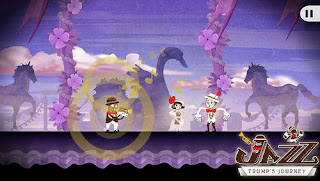 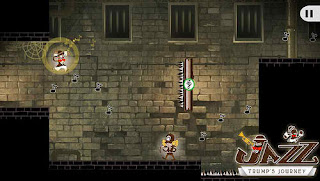 Because music is a key and very important element of the game, the soundtrack has been recorded by a full jazz orchestra. The game features a very unique artwork with some classic feel in it.

Not much has been revealed about the Vita version but the original game allows you to use your trumpet to stop time. Since the game is at its most basic principle a 2D platformer, you can expect the controls to allow you to move left and right, jump between platforms, and climb up on ladders.

A game won't be thrilling without taking on danger so you can expect to encounter bosses, moving platforms, detectives, spikes, and a lot more

Jazz: Trump’s Journey will be available this winter as a downloadable title. The iOS version costs around $2.99 so we're guessing that it won't be too far from that.
Be the first to comment • Discuss in forums • Posted on Friday, September 7, 2012