Gundam Breaker Coming To PS Vita In 2013 (Trailer Inside) 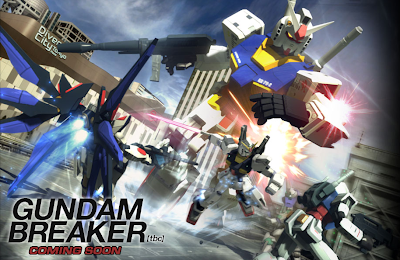 A new Gundam game will be coming over to the PS3 and more importantly for us, the PS Vita, next year. The game will be called Gundam Breaker and here's a trailer shown by Namco Bandai from the recently concluded Tokyo Game Show.

Not much has been revealed about the game so far. The trailer does show a few familiar mechs however such as RX-79, Exia and Wing Zero Custom.

Visit us again for more Gundam Breaker and PS Vita news. Subscribe to our mailing list and get our latest update about this game!
2 comments • Discuss in forums • Posted on Friday, September 28, 2012