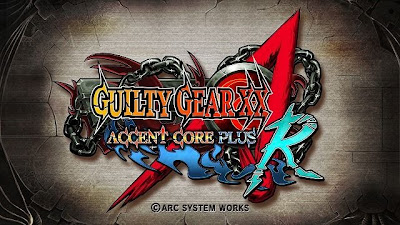 Guilty Gear XX Accent Core Plus R, the latest installment from Arc System Works' long-running fighting game series will be coming over to the PlayStation Vita next year.

The arcade version is scheduled for release this month in Japan while the console versions (PSN/XBLA) will be released sometime next month. The game will feature full voice acting and will remain faithful to the arcade version.

Accent Core Plus R will basically have more balance in terms of gameplay as well as new character moves not existing on the Core Plus-only title.

Arc System Works is the same developer and publisher for 2D fighting game BlazBlue which had a Vita and 3DS versions as well.

For updates about the Guilty Gear XX Accent Core Plus R Vita version make sure to come back frequently at vita.game-rumble.com or you can sign-up to our mailing list and get up-to-date information about the game right to your inbox.

Source: Japanator
Be the first to comment • Discuss in forums • Posted on Thursday, September 13, 2012