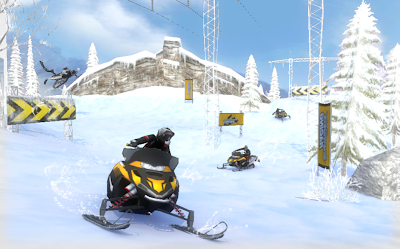 No price or release dates has been announced so far. Both games have already been released as a mobile game before but according to Zordix, the eShop version will both be expanded, polished and adapter.

“The successful Moto Racing-brand with 13 million downloads and over 1.5 million sold so far, is an exceptionally good fit for the Nintendo 3DS™. These games are action filled, will look great in 3D and via the circle pad enable a level of control that racing games of this caliber really deserves! As the Nintendo 3DS is steaming towards 20 million units sold, the market for good downloadable games is blindingly bright.” - Matti Larson CEO, Zordix.

Source: Gamasutra
Be the first to comment • Discuss in forums • Posted on Tuesday, September 11, 2012