Ace Attorney 5 Confirmed For 3DS, Brings Back Wright With A New Partner 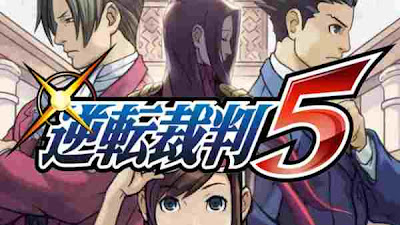 The most popular lawyer in video game history, Phoenix Wright, will make a come back. Ace Attorney 5 or Gyakuten Saiban 5 in Japan has been confirmed for the 3DS. No objection here!

As translated by Andriasang, the game is set after the events of Ace Attorney 4. Phoenix Wright will return as the main protagonist and the first chapter starts with an explosion at the courthouse. The suspect is a highschool girl named Shinobu. Phoenix Wright will have a new mysterious female partner in yellow clothing and will face off against long-term rival Winston Payne’s brother.

Phoenix Wright: Ace Attorney was first released for the Game Boy Advance back in 2001 in Japan. It was later ported and enhanced for the DS platform in 2005. The game has spanned several series from that point on. The series also found its way on several other platforms such as the iOS and the Nintendo Wii.

Check back on us again for more 3DS News and updates on Ace Attorney 5. You can also subscribe to our mailing list and get the latest news and reviews from our website right to your inbox.
Be the first to comment • Discuss in forums • Posted on Wednesday, September 5, 2012