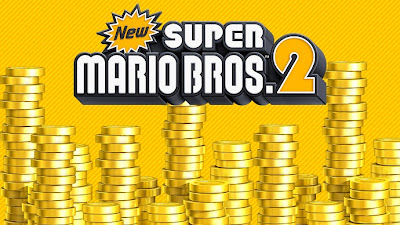 Nintendo of Japan revealed via Nintendo Direct presentation that 3 new DLC's will be coming over for New Super Mario Bros. 2.

The DLC's include three different Coin Rush mode packs such as "Go! Go! As Gold Mario Pack" which includes Gold Mario-themed courses offering up to 30,000 coins. The second one is "Challenge the Record A Pack" which will post your score at the game's website and a "Survival-Themed Pack" which has a set of hard levels.

The three New Super Mario Bros. 2 DLC packs will be available in Japan for 200 yen each or approximately $3 on October 2.

You can read more about New Super Mario Bros. 2 and the Nintendo 3DS here at Game Rumble.

Source: Joystiq
Be the first to comment • Discuss in forums • Posted on Saturday, September 29, 2012