Yatagarasu — 2D Fighting Game For The 3DS Bound For The West 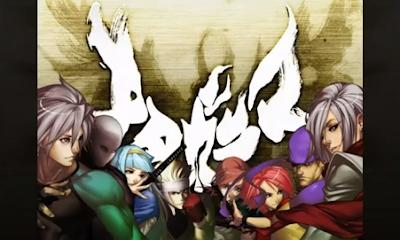 From the same team that brought us Cave Story and VVVVVV comes a 2D fighting game for the Nintendo 3DS. Nicalis, in collaboration with Circle Edge announced on their blog that the previously Japan-only title, Yatagarasu, will be coming over to the West.

That of course means, people like us who are in Southeast Asia can enjoy it in English. The game has been in development for over four years and was only released in Japan last year (2011) for the PC.

Yatagarasu's art direction and character design was done by Styleos (Toshiyuki Kotani). Styleos is responsible for popular King of Fighters characters such as K' and Maxima. The game design and balance is lead by ex-SNK designer Umezono while the game engine is done by Shiza. These three people are actually ex-SNK employees so it's not surprise that the game seems to have an SNK-feel in it.

The game will be a port of the PC version and will have the following features:
From what we've gathered, although most of the staff that worked on the game are ex-SNK employees, the gameplay itself is nothing like KOF but more of like Street Fighter III.

No release date has been announced for the game so far. Attendees of the upcoming event, PAX Prime 2012 will have a chance to get their hands on the game. Read more about Yatagarasu at Nicali's official blog.
Be the first to comment • Discuss in forums • Posted on Monday, August 27, 2012