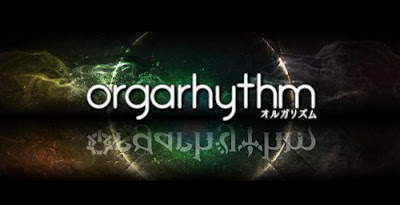 While 3DS owners enjoyed the month of July with some rhythm games such as Theatrhythm Final Fantasy and Rhythm Thief, the Vita celebrates August with the announcement of its own rhythm game called Orgarhythm.

The game was developed by Acquire and will be published by Xseed Games in the US. XSeed defines the game as a "marriage of music and strategy".

Orgarhythm is about two brothers , the god of light and the god of darkness. They happen to settle on a planet where there are tribes that really enjoy dancing.

Your role is to direct the the god of light's backup dancers using the PS Vita's touchscreen controls. The game introduces a system called tri-tapping, which essentially means that you need to "tap the screen to the beat whenever one of three sets of icons comes up".

The music varies from tribal, techno and off-world-sounding music and will be giving you a cue on when to tap the screen.

The strategy part involves a rock-paper-scissor system and color-coded troops on both sides (light and dark).

There is no definite release date nor price provided as of this time but a comment by XSeed senior editor Jessica Chavez on the US PlayStation blog states that they're aiming for a release this year. You can also check the Japanese official page here.
Be the first to comment • Discuss in forums • Posted on Wednesday, August 15, 2012