Soul Sacrifice Will Make You Sacrifice Your Money — Literally 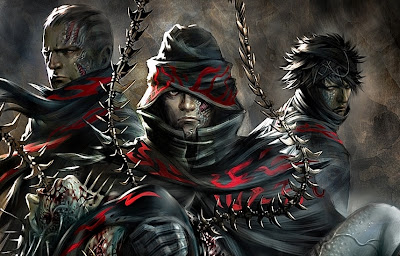 There's one good reason why a player would opt for a handheld gaming device rather than tablet computers such as the iPad or any Android-enable device. And what is that? Platform exclusives, of course! Soul Sacrifice is a PS Vita exclusive action-RPG game and will teach you that nothing in life comes for free.

You play the role of a slave who is about to be sacrificed but somehow managed to escape. He stumbles upon a mysterious book (a diary) that looks like a monster, and it's unknown to him whether it's enemy or foe.

The book makes him live the memories of the mage that previously owned it such as the powers he had and the monsters that the sorcerer battled with. Since you essentially also become a mage, the consequence of unfolding the book's power comes with a sacrifice ranging from personal belongings, limbs or even a life.

Keiji Inafune, the illustrator and co-designer of Megaman is highly involved in the project. The game is basically a collaboration between companies such as Inafune's Comcept, Sony Japan Studios and Marvelous AQL.

Inafune basically wanted to make a fantasy game that had a close tie to reality. Such is that nothing we do or take in life comes without a cost.

The game will be choice-driven, changing the outcome of the story and the monsters that you deal with.  There are certain consequences and rewards for being a good guy (i.e. not sacrificing the monsters you defeat) and being a bad guy.

In a report by Kotaku, there will be some multiplayer elements such as cooperative and competitive gameplay. They say that more info about the multiplayer feature will be revealed at the Tokyo Game Show in September.

Soul Sacrifice for PS Vita is expected to come later this year in Japan while we can anticipate for a US release on March 13, 2013.
Be the first to comment • Discuss in forums • Posted on Thursday, August 16, 2012