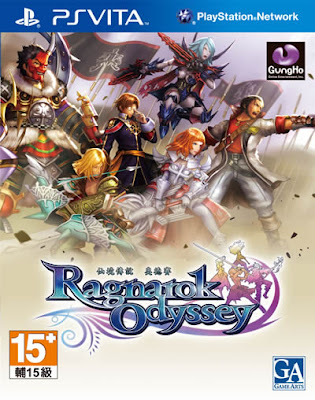 Ragnarok Odyssey is set in the world based on Norse Mythology. The game features customizable character features, six specialized job classes as well as a real-time battle system.

The Asian (Chinese/English) version of Ragnarok Odyssey will include a limited edition game soundtrack as well as a code to obtain an in-game outfit called the "Gunslinger" which will greatly boost the character's HP and AP.

The digital version on the other hand will come with a code to download a "TaeKwon Kid" outfit during the first two months of its release. The latter will boost the character's attack and defense stats.

A US release of Ragnarok Odyssey will also be available and will be published by Xseed Games on October 16, 2012.
Be the first to comment • Discuss in forums • Posted on Wednesday, August 15, 2012