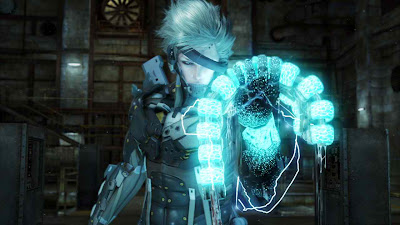 With the Cross Buying initiative being set by Sony in Europe, one can always wonder whether all games can be ported over to the PS Vita. However, we're already starting to see that this is not the case and such is Yuji Korekado's comment on Metal Gear Rising and the PS Vita's raw power.

Yuji Korekado is a producer at Kojima Productions and the lead producer for Metal Gear Rising: Revengeance. In his recent interview with German game site gamers.de, he was asked if there will be a Vita version for the game. Korekado replied: "Of course we would like to bring Rising to Vita, but unfortunately bringing "Rising" to  home consoles already put them (home consoles) to their limits and therefore the Vita simply has not enough power for the game".

Metal Gear Rising: Revengeance is developed by PlatinumGames and will be published by Konami. The game is due for release on February 19, 2013 for the PS3, and Xbox 360. A PC version will also follow the console release.

Come back again for more PS Vita news! Visit us at vita.news.game-rumble.com.
Be the first to comment • Discuss in forums • Posted on Monday, August 20, 2012