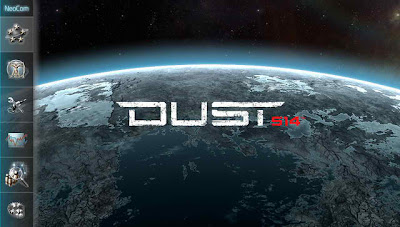 While it's not exactly a new game, the PlayStation store will once again get an additional software in its library with this Dust 514 Neocom Vita App.

The app is basically a companion software to CCP's upcoming first-person and role-playing game DUST 514. There is no direct gameplay involved in the app but will bring over the customization, community and commerce feature of the game onto the Vita app.

DUST 514 allows players to take the role of immortal mercenaries. Your aim is to conquer planets in the EVE Online universe (the PC MMO) by waging battles, acquiring territories and and building empires.

The game is exclusive to the PlayStation 3, but is directly connected to the EVE Online universe. The game will be released later this year. With the Vita app support, the game promises players an MMO-on-the-go.
Be the first to comment • Discuss in forums • Posted on Monday, August 20, 2012