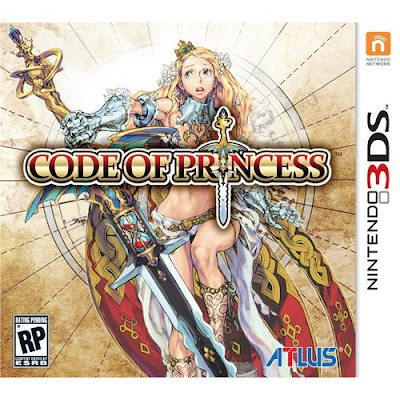 Atlus had their share of some early E3 reveals and one of them is this catchy RPG for the 3DS called Code Of Princess (コード・オブ・プリンセス) and it will be reaching the US shores sometime in October this year.

The game resembles side-scrolling beat'em up games such as Streets of Rage but this is an RPG game so it has RPG elements such as leveling up your characters while you perform outrageous combos at your enemies.


Code of Princess characters has been designed by Kinu Nishimura who is recognized for involvement in Street Fighter (II, III and IV) character designs. Code of Princess also had on-board the Xenoblade music composer (if you played that game, you'll know that the music sounded great).

You can pre-order the game here and get the chance to get a Code of Princess CD Soundtrack and Visual Art Book included in the game.
Be the first to comment • Discuss in forums • Posted on Tuesday, June 5, 2012