Home » Video Game News » 3DS XL And What The Internet Say About It So Far...

3DS XL And What The Internet Say About It So Far... 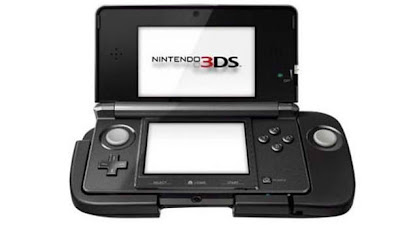 Not having an actual unit to try on, we can only speculate on the possible improvements that the Nintendo 3DS XL will have. Well, here's what we've been hearing around the Internet for those who have held it in their hands so far.

One of the biggest concern perhaps is how will the graphics fare on the larger screen. They say that unlike the shift from DSi to a DSiXL where the graphics got stretched, became more pixelated or in one word, worse, the 3DS XL does not make the graphics look degraded.

The 3D screen would also seem easier to the eyes, a possible sign of improvement on the 3D technology or it's really just better on a bigger screen. The improvement in size also gives spectators or people watching over your shoulder a better view of the 3D screen.


As most of us have seen, probably, the 3DS XL has a more curved design. It's been described as "much easier to hold" and the buttons and circle pad feels much better on your fingers probably because they are more "apart" in this sense.

With Nintendo trying to lower down the price, the 3DS XL will not come with a charger. The new 3DS model will come to Japan this August and will also be accompanied by a Circle Pad XL sometime this year. And these are facts by the way.
Be the first to comment • Discuss in forums • Posted on Saturday, June 30, 2012