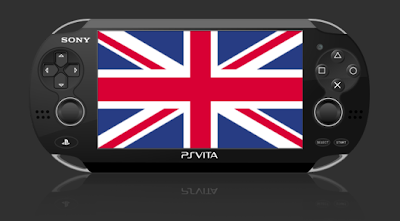 Despite the PS Vita's bad sales performance in Japan, it seems to do well during its first week sale in Europe, more specifically in the UK. Two of its launch titles hit the first and second place in the all-format category which are Uncharted: Golden Abyss published by Sony themselves and FIFA Football by EA Sports gathering 50% of all the launch title sales.

Seven other games also joined Uncharted: Golden and FIFA Football in the top 40 list. As for the units sold, the WiFi version of the Vita had a share of 79% of all the Vita hardware sales according to Chart-Track and about 21% for the 3G version. According to vgchartz, the Vita sold 125k units in the UK alone reaching 1.4 million install base globally.

A speculation can be made that FIFA soccer might have attracted the UK customers and add to that the already established Uncharted IP. The Vita fell behind the 3DS for the Japan and US Markets but won by a small margin over the 3DS in the UK. The Vita is way beyond the sales figures though compared to its predecessor, the PSP. Sony however seems content with the sales figures.
Be the first to comment • Discuss in forums • Posted on Monday, February 27, 2012