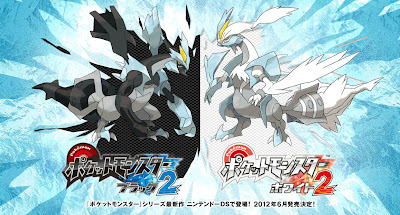 At last, the new Pokemon game has been named and it's Pokemon Black and White 2 for the Nintendo DS... Wait, did I just say the DS and not the 3DS?

Pokemon Black and White was first released back in 2010 on the same platform. This new game is a direct sequel to the original, but is not currently known whether it would follow the same plot or a totally new one.

Let us remind you that these are two separate games so technically it's Pokemon Black 2 and Pokemon White 2. Both are due to be released in Japan this June.

Not much has been said about the game so far and everybody's waiting for the next announcement this coming Sunday from Junichi Masuda of Game Freak. A teaser site has also been launched for the game.

Hmmm... It's a good thing that the 3DS have backwards compatibility with the DS, don't you think?
1 comment • Discuss in forums • Posted on Sunday, February 26, 2012

Why didn't they just make it on the 3DS? They're so lazy