Home » PS Vita » Gravity Daze — One Of The Best Vita Games So Far?

Gravity Daze — One Of The Best Vita Games So Far? 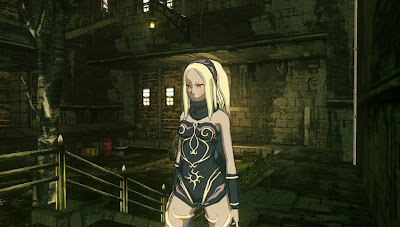 The highest selling game in Japan for the Vita so far during the Feb 06 - Feb 12 Media Create Sales report for Japan is Gravity Daze. It's only second to the number 1 spot which the Suikoden: Tsumugareshi Hyakunen no Toki got for the PSP for the top ten games sold overall.

Gravity Daze went close with Uncharted: Golden Abyss on its first week sale (43,462 vs 44,459 in favor of uncharted).


Gravity Daze is an action platformer game developed by Sony (SCEI) themselves exclusively for the Vita. It features the manipulation of gravity using the PS Vita's Gyro Sensor. It also utilizes the newly introduced touch sensors as part of the control scheme to do a gravity slide, evade obstacles and control the character's direction while in mid-air.

Take control of Kat to protect people from the Gravity Storm and Nevi monsters. Indulge in a beautifully crafted cel-shaded open world. The game will be renamed to Gravity Rush once it reaches the US shores on May 29, 2012.
Be the first to comment • Discuss in forums • Posted on Tuesday, February 21, 2012