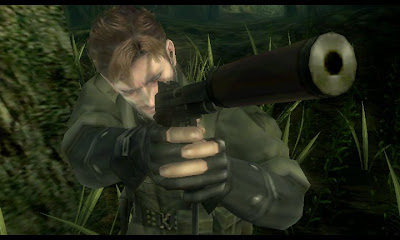 The game is in Japanese but enough to tell a lot about the upcoming game. Some of the new features present in this version and are not in the PS2 version are Photocamouflage, Tilt  Controls, First Person Shooter (FPS) Mode and crouch walking.


People are probably expecting sharper graphics and probably smoother frame rate. The video uploader said himself though that the frame rate is not so hot. Well... This is still just a demo. Let's wait for the full version and see for ourselves.

Metal Gear Solid Snake Eater 3D will be coming to Japan this March. Release dates for the US, AU and EU are yet to be announced.
Be the first to comment • Discuss in forums • Posted on Sunday, January 1, 2012