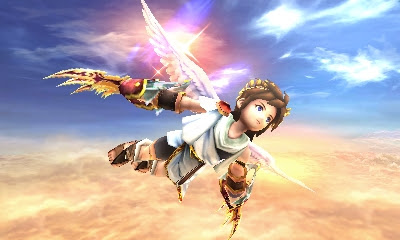 Nintendo recently revealed a list of games to be released early next year and along with it is the announcement that Kid Icarus Uprising will be coming on March 23, 2012.

Kid Icarus is a classic platform game from Nintendo that came out during the NES days. You're fighting against Medusa, and her underworld army... The game's pretty much inspired by Greek mythology. This time however, Pit (the angel boy) will be high flying in 3D, 3D (yes, I doubled that on purpose).


For those who want to experience the old and classic game, there will be a 3D Classics Kid Icarus coming out January 25th on Europe and still to be announced for the US.

For Europe players and Club Nintendo members, those who register two "select 3DS games" from November 1st to January 2012 will get the 3D Classics Kid Icarus for free (say what?).

So 3DS gamers, are you saving money for this game? Have you played the original?
Be the first to comment • Discuss in forums • Posted on Tuesday, December 13, 2011