The Next Zelda 3DS Game Will Be Brand New 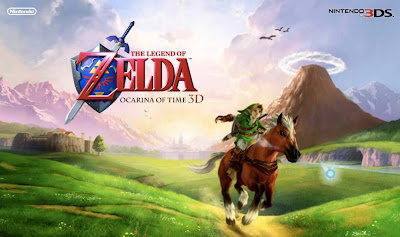 The latest Zelda game that we got so far for the 3DS is a remake of The Legend of Zelda Ocarina Of Time from the Nintendo Gamecube. In a recent interview with producer Eiji Aonuma, he said that the next Zelda 3DS game would not be a remake.

As quoted from an interview in Portuguese, Eiji Aonuma said:

“It’s something I’m asked about often and I assure you that it is something I’ve spoken to Miyamoto about. But recently we released The Legend of Zelda: Ocarina of Time 3D as a remake. We are considering the idea, but it didn’t seem right to launch a remake one after another, so the next Zelda game on 3DS will be original.”

Well, thank you Mr. Aonuma because I was one of the skeptics that did not buy Ocarina Of Time because it was a remake. This time though, I feel very excited because it's gonna be a totally new Zelda game!
Be the first to comment • Discuss in forums • Posted on Friday, November 4, 2011