How The 3DS Touchscreen Changed The Way I Play Fighting Games 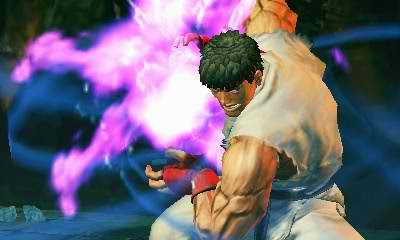 In this article, I cite my experiences with fighting games and how the 3DS changed that experience to something better.

Over the past few years, I've been a fighting game enthusiast playing with coin-operated machines in amusement centers. It's a pretty common thing to blame the controller whenever someone loses a match. I understand that fighting sticks and buttons can easily break given that it's in a public place and some players just play wildly with those controllers, but it's rather the same even with home consoles.

You see, a lot of players are really just not gifted athletically... They have some problems translating those things in their mind to their hands... Mind over matter doesn't really work there because the body is not willing to do what the mind says.

Now I believe that the Nintendo 3DS bridges this gap, a little... In fighting games such as Super Street Fighter IV 3D Editon and Dead Or Alive Dimensions, the 3DS allows me to focus on strategy rather than the difficulty of executing those special moves. How is that? Well, the touchscreen controls simply adds the convenience. It doesn't overlay on the screen, the touchscreen is just dedicated to doing those down, down-forward, forward + punch thingie for you. I got to say that it's really just one of the best things done for the fighting game genre.

Now, we can anticipate even more fighting games in the future... There will be Tekken, probably some that comes from well-known Japanese animated series like Dragon Ball and Naruto. I'm sure that the 3DS will do great on those kind of games.

It's not pro-gaming... I know. I'm not sure if you'll ever see Umehara Daigo using those touch screen controls at all. But this levels out the ground somehow, giving a chance to those who are not so athletic to get a chance for winning.

I guess this new Nintendo handheld (the 3DS) is simply not just for kiddie games anymore... It's for warriors!
Be the first to comment • Discuss in forums • Posted on Monday, November 7, 2011