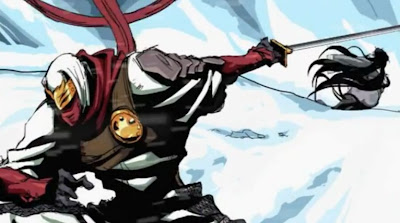 The latest Shinobi for 3DS trailer shows some exciting features. Just like most Nintendo 3DS games that has already been released, it would make use of the StreetPass feature and some unlockables.

The first revelation is the use of the StreetPass feature which would apparently allow you to unlock special challenge maps. However, they seem to be quick in identifying a problem... It's possible that the player may not be in a crowded area where there are lots of 3DS users so they decided to allow the use of play coins as well to unlock the maps.

I'm thinking that this might actually be one of the reasons that they've delayed the release of the game (suppose to be September but was moved to November). That is, to give time for more people to get a 3DS? But that's just a wild guess...

Old and new Shinobi fans would love to know that a special character named Joe Musashi can be unlocked. If you're not familiar with him, he's the son of the protagonist in this upcoming game (Jiro Musashi).

You can pre-order the game from Play-Asia.com. Shinobi is exclusive for the Nintendo 3DS platform.
Be the first to comment • Discuss in forums • Posted on Sunday, October 2, 2011