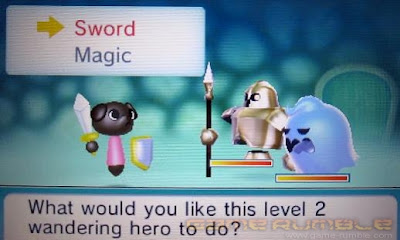 Find Mii is a mini-game and part of StreetPass Mii Plaza where your Mii and other people's Mii meet and exchange data through the Nintendo 3DS's StreetPass feature.

You will have to place the game twice in order to collect all the hats. It's not possible to collect them with just one pass.
Find Mii 2 Hat List
Magic List
Find Mii Cheats