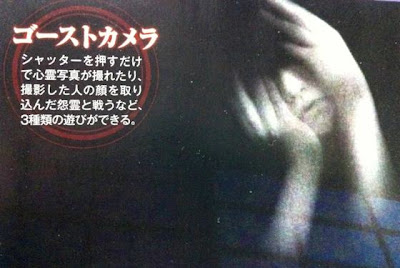 Story - You'll be working with a girl and solve the mystery of a purple notebook.

Ghost Camera - Take pictures of spirits and make them fight with other spirits.

was released on the Wii for Japan). We sure hope that this one gets localized and make Nintendo 3DS fans happy. There is currently no release date announced for Shinrei Camera.
Be the first to comment • Discuss in forums • Posted on Friday, September 2, 2011