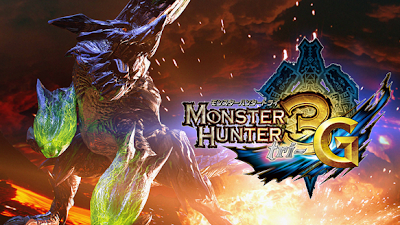 So lots of news has been going around about a Monster Hunter 3DS game which is now officially called Monster Hunter Tri G. This will be a very strong addition to the portable platform which is increasing in popularity (sales increasing) since their last price drop.

The game will have a local wireless multiplayer. The underwater gameplay which was introduced on the Wii version but was taken out of the PSP version will be present here. Monster Hunter Tri G will utilize the 3DS touch screen to aid players in hunting such as turning the camera to the target monster of the current quest. 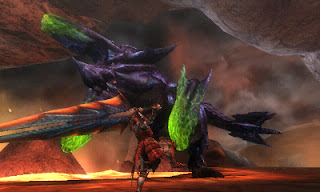 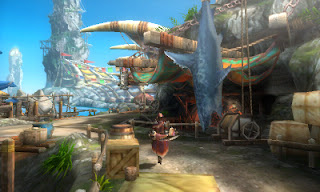 The G in the title Monster Hunter Tri G promises to bring more content than the Wii version. There will be 3D support and a new area called the portside area was made especially for 3D viewing. The game will also utilize the new and controversial 3ds circle pad addon hardware.

There will be 12 weapon types of all which can be used in under water fights. Their cover monster, Blakydios is Wyvern land dragon monster type that has large arms, head butts and punches while releasing sticky stuff that explodes. There is no official release date yet for Monster Hunter Tri G. But it seems like we can expect it sometime before the end of this year (2011).
Be the first to comment • Discuss in forums • Posted on Friday, September 9, 2011