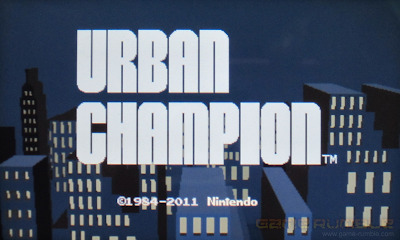 It always makes me think that Tekken's low-mid-high type of gameplay was inspired by this game back in the NES days. One of the first fighting games to grace the NES platform, Urban Champion makes a comeback as 3D Classics Urban Champion.

3D Classics Urban Champion is developed by Arika, yes... Same developer that worked on 3D Classics Excitebike. The basic flow of the game is that two tough men (one of them is you of course) meet each other in the street, beat up each other and move on to another block and fight again and again, and again.


The basic mechanics of the game is that you can punch lightly or punch heavily. You can also punch straight or punch down straight to the opponent's tummy. You can move forward or backward, or slightly lean backwards to avoid enemy attacks. All the controls are configurable on the options menu.

You have to knock out your opponent on the other end of the screen (where he faces his back) in order to win. You have to win 3 rounds before you can declare yourself a winner. In addition to the guy you're fighting, some people will drop a flower pot right on your head so watch out! And oh, the police also pass by every once in a while so the characters get away from each other, look away, trying to act innocent (you can treat this as a saved by the bell thing). 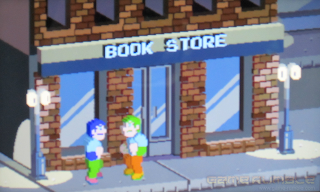 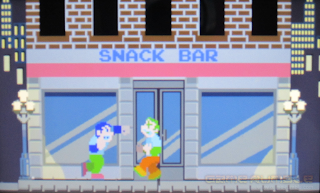 So how does the 3D mix with 3D Classics Urban Champion? Whenever you move from one block to another, the background rotates to produce a 3-dimensional effect. Your player gets slightly skewed, depending on the angle. I think there are about 3 different camera angles with the camera switched on. The view also comes from two different perspective (you and your enemy) depending on who was knocked down.

The 3D depth can be configured right in the options screens on the main menu. I tend to keep things on the mid level which I find most comfortable. The rotated background is still retained even with the 3D switched off. It might surprise you if you don't find any 3D effect during the first time you play the game, if this is the case don't forget to turn on the Camera on the 3D Options by pressing "Y". 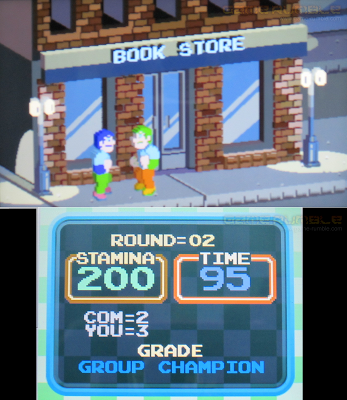 Multiplayer is available but only on WiFi mode... It's such as shame, but not even an online leader board is available. You'd probably make some laughs playing multiplayer with 3D Classics Urban Champion, but in the long run when your friends don't want to play with you anymore you'd be wishing they plugged this game on the Internet.

3D Classics Urban Champion is the third 3D Classic installment on the 3DS eSHop. I have to say that  this has so far been the remake that impressed me in terms of the graphical change.  Sadly, aside from the good 3D that they've put so much work into, there isn't much more to praise about this game.


Disclaimer: 3D Classics Urban Champion images or Screenshots.html were taken using a digital camera. The images does not accurately represent the actual image and quality of the game.
Be the first to comment • Discuss in forums • Posted on Tuesday, August 30, 2011