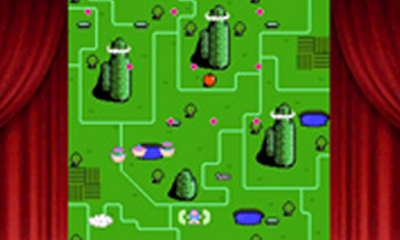 On August 10, 2011 another classic game came back to life. 3D Classics Twin Bee came out in the Japan eShop. Twinbee is a top-down shooter from Konami released back in 1986 for the Nintendo Entertainment System (NES). It's really hard to tell what's new in this game

There are red curtains on both sides of the screen, but unlike in 3DS Classics Xevious which had some clouds on the sides it's really hard to tell how this would utilize the 3D capability. 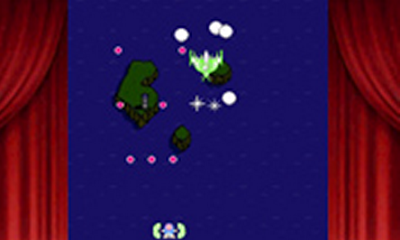