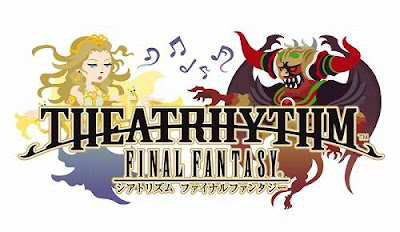 If there's anything in a game title that gamers would like to hear these days, I'm sure that almost everyone would love to heard the words "Final Fantasy". What we're getting for the Nintendo 3DS however isn't the usual game with the active time system, nor a tactical one. The game is called Theatrhythm Final Fantasy and falls in the category of music and rhythm.

If you haven't figured out yet, Theatrhythm Final Fantasy is derived from the words Theater and Rhythm. The game basically incorporates music (over 50 songs) and characters from the past Final Fantasy titles and players will be able to select 4 characters at a time. Players will select a title starting from the first Final Fantasy up to Final Fantasy XIII (three songs for each game). From there, three stages will be played which are "field", "battle" and "event" which all have different gameplays. 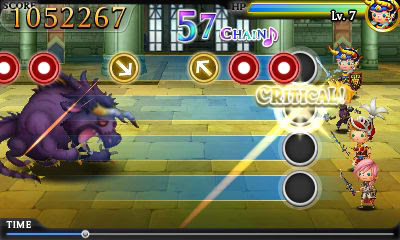 The graphics is very cute, the characters shown so far such as Lightning (Final Fantasy XIII) and Cloud Strife (Final Fantasy VII) are in their deformed forms.

Apparently this was a game originally intended to be released for the Nintendo DS, but was moved due to space issues. There will be 3D visual support (I wonder how), and surround sound (of course!)

I've played different Final Fantasy games and it would seem (and this is just my personal observation) like Square-Enix experiments on all Nintendo consoles. I didn't particularly like their Wii version, and their success during the past few years has been more closedly tied with Sony.

I do wish though that this would be a very awesome game! The 3DS Needs this badly... Especially that it's coming from a big time publisher like Square Enix.

So far, here are the songs that we know of:
Do you have any Final Fantasy song that you'd like to be included in the game?
Be the first to comment • Discuss in forums • Posted on Friday, July 15, 2011