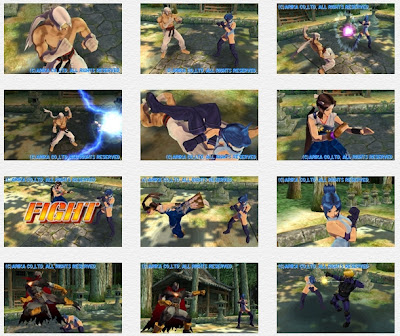 Arika, the developer that worked on the 3D Classics ExciteBike remake is working on a "test project", and what seems to be a 3D fighting game for the Nintendo 3DS.

NOT! We know...We had our hopes up too! However, Arika Vice President Ichiro Mihara reveals on his twitter that the Screenshots.html are test images for mobile. Though, it's very intriguing that they would make them MPO (Multi Picture Object) and recommend for viewing on a Nintendo 3DS?

Whatever you're up to Arika, if this is a good game for the 3DS then we fully support you! Check out and download the photos here on your 3DS. You can also checkout our review of their 3D Classics Excitebike remake.

Arika is a video game company that was started by former Capcom employees back in 1995. Arika is behind the arcade hit Street Fighter EX and most recently, a Wii scuba diving game called Endless Ocean

. You can check more Screenshots.html of the controversial game here.
Be the first to comment • Discuss in forums • Posted on Thursday, July 7, 2011