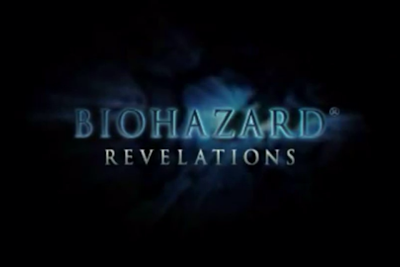 The Nintendo 3DS gets a bang as it gets a class AAA title with Resident Evil: Revelations or Biohazard Revelations. Jill Valentine and Chris Redfield makes a return and joined together in a zombie-infested cruising ship.

The game's plot takes place between Resident Evil 4 and 5. The game was demoed in  Nintendo World 2011 (held in Tokyo on January 8 to 10, 2011) along with other upcoming 3DS titles. The gameplay demo shown was very, very, very promising graphics from the character model to the very lively (but deadly) environment. 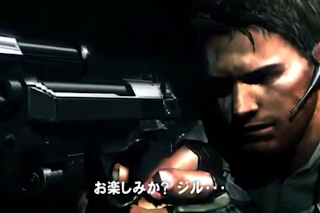 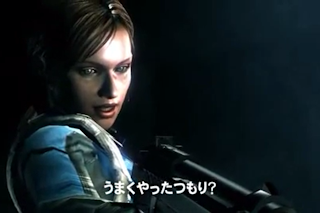 The lighting effects are very realistic, and you could walk over some blood spilled all over the floor! I'm not sure how this would look on the actual 3DS with the 3D feature turned on but is gonna rock.

Capcom promises to bring back the survival horror feel in this game, rather than being an action-packed shooter. There will be zombies, puzzles to solve (just like the old days) and you will be limited in ammunition. Aside from the third-person view, the players would also be able to switch to first person view to aim and shoot.

Speaking of guns, something we've yet to see in the resident evil series is being able to move while pointing/shooting your gun. Players will be able to freely move the camera around as seen on the demo where the japs are rotating the camera on different angles (hmmmm!).

The story takes place in Europe and as mentioned above, the game starts in a cruising ship which eventually leads to a port town. Now, in the trailer you'll see that Jill and Chris seem to be looking for "something" from each other... They even go as far as pointing a gun to one another! What could it be!? The G, T, A, B, C Virus perhaps? Ok, there's only G and T...

No release date has been mentioned so far. Stay tuned for some future updates!
1 comment • Discuss in forums • Posted on Tuesday, May 3, 2011

Never was a total devoted fan of the RE series but seeing it on the 3DS and actually handling the unit made me want to see how the game's played on the unit.