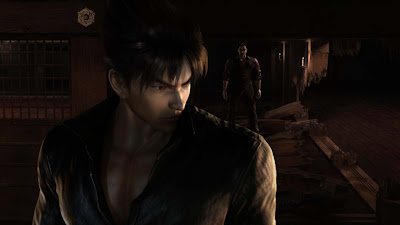 A new Tekken movie has been announced by Namco (Namco Pictures) named Tekken Blood Vengeance and this time, they're making it into a 3D CG (Computer Generated) film. No more actors that don't look like the real thing, lousy actions scenes, just plain Tekken action!

The new Tekken movie is being directed by Youichi Mouri whom is involved with the Tekken 5 and Tekken 6 opening cinematic and the screenplay being done by Dai Satou who was involved with futuristic anime like Cowboy Beebop and Ghost In The Shell : Standalone Complex.

There is no clear statement about the blood vengeance plot as of now, but it would seem like it would follow the original Tekken plot.


So in the movie trailer below, the following characters has been revealed. We could probably expect more as new trailers get revealed. I'm providing some description of each characters below, but this is not a guarantee that they would play the same role in the movie.