Son'y Next Generation Portable Shows That It's Not PSP Phone 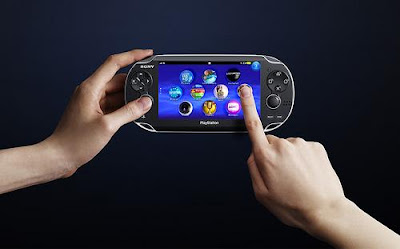 The new PSP codenamed Sony NGP or Next Generation Portable is the current buzz around the video game industry. It's also other wise known as the PSP 2. The PS3 is about to have a little brother (or sister)!

Nope it's not a PSP Phone like others would tell you before (not unless there's a software that could support it), it's still just a pure handheld gaming console. The Sony NGP's Specs feature two cameras (rear and front), it has 3G Support, WiFi, Bluetooth and GPS. You can flip and rotate the handheld like you would do with an iPhone with the help of its motion sensors and three axis electronic compass. 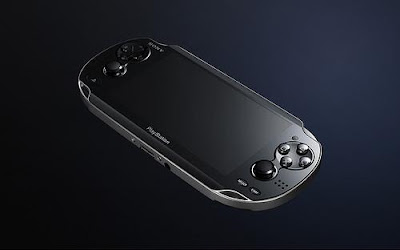 There are now two fancy analog sticks on both sides of the portable as well as a touch screen on front and touch pad on the back (yes, there's a control at the back of the portable! I know! It's crazy!). But in case you're wondering what the touch pad at the back is for, a demo made at an event showed that it can be used in climbing motion. You will have to be creative to think what else can be done with that. Btw, The triangle, square, O and X buttons remain intact.

The screen is a 5 inch OLED with 960 x 544 resolution. The processor is a 4 core ARM Cortext A9. No official statement on the battery life yet but rumors has it that it will be around 4 to 5 hours.

There is no UMD Drive, games will be available either as downloadable games or flash memory card that is especially designed for the NGP.
With all these hardware features buffing up the handheld, you might wonder how the NGP Price would measure up? Well... There is exact pricing as of the moment aside from that Sony promises the handheld to be affordable... Well, that doesn't really tell us much does it? Perhaps it's useful to keep in mind that the 3DS price is somewhere around $250.

As for software, Sony takes out its patented XMB (Cross Menu Bar) and replaces it with some bubbly icons (they call it LiveArea) that you could move around. The NGP has touchscreen support so we guess that makes the XMB a little dated for that feature.


Sony just won't let the Nintendo 3DS do its own show. Check back here on Game Rumble for future updates!
2 comments • Discuss in forums • Posted on Tuesday, February 1, 2011

It's actually 'Next Generation Portable', not 'New Gaming Portable'! :P