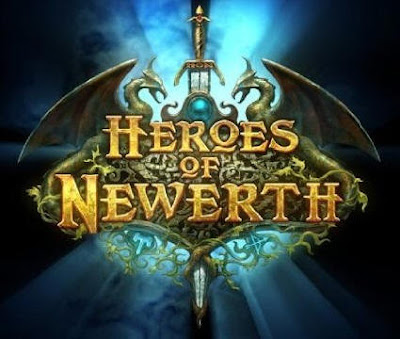 Heroes of Newerth or HoN, is a game made by S2 Games based on Defense of the Ancients, or DotA, which is the popular custom map for Warcraft III: Frozen Throne. This is one of the first RPG/RTS Hybrid games which was released by a separate developer on May 12, 2010.

Much of the gameplay dynamics of the original game is retained in this adaptation, letting you pick a single hero out of around 73 to battle against the opposing team. You gain gold and experience to bolster your hero with items and skills in order to win by destroying your opponents' primary structure -- either the Hellbourne's Sacrificial Shrine or the Legion's Tree of Life.

Take note of the visuals in this game, which is very dark and sinister. The graphics is a great improvement on Frozen Throne, making it more enticing to play against other online gamers. The heroes are mostly based on those of DotA, which is good if you had been playing the original. The motivation to play well is taken further with rankings and player scores. The map still follows the original's three-lane system, so those who are familiar can retain most of the tactics and strategies from DotA.

Perhaps the best feature in Heroes of Newerth is reconnection, letting you get back into a game that may have been interrupted by a bad Internet connection. The matchmaking feature also does well to give players some good opponents according to their statistics. Perhaps what makes Heroes of Newerth better than DotA is that it gets patched regularly, which lets players get some new features in a fairly regular basis. The latest features that came out on December 13, 2010 includes casual mode, a ramped-up interface, in-game store, and so on.

This game's initial popularity has been partially usurped by its main rival, League of Legends, which has MMORPG elements to go along the core DotA mechanics. With Garena adapting that game as well in their ranks, Heroes of Newerth faces stiff competition indeed. We can only hope that future patches bring in new features that may set HoN apart from the rest.

If you are a fan of DotA, then Heroes of Newerth is worth a try as it really improves on the original game and even having Mac and Linux versions. HoN has won quite a few awards, so it is recognized by the industry as more than just a decent effort. Heroes of Newerth is available for digital download in their official websites, according to your specific region.