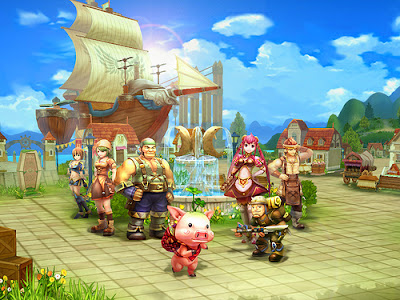 We will be doing a review for CardMon Hero in the near future and we'll be covering events that happen in this game from time to time. For the meantime, why don't you play the game along with us and tell us what you think? Below is the system requirements for this game.

CardMon Hero is a one-of-kind MMORPG that incorporates a card summoning system in a free to play MMORPG. The game features a card battle system which allows players to summon various mercenary allies to assist them in battle.

Players take on the role of a Hero with a set of Mercenaries which are all fully customizable through a fullfeatured crafting system. With this, the card system provides players the freedom of experiencing a very distinctive gaming escapade with cards that just can’t be found anywhere.

There are numerous quests inside and leveling won’t be a drag due to very little grind. Heroes can assemble their very own deck of mercenary cards to guard them against the evil that has entered Aria. CardMon Hero is based on the popular Korean free-to-play MMORPG Camon Battle, opened to a global audience and rebadged as CardMon Hero.