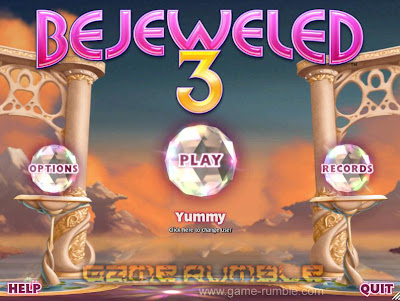 Bejeweled 3 is the recent release from Popcap games and sequel to the already popular game Bejeweled. Other than this sequel, Popcap has also made available Bejeweled Blitz for Facebook gamers.

What can still be added to a game that already seemed to have exhausted all areas of creativity? Popcap once again proved that there is never an area of exhaustion in the video game industry and there is always room for improvement and creativity.

I was first greeted by a beautiful new menu that allows me to choose between different game modes. Bejeweled 3 now incorporates some 3D graphics so older machines that used to play Bejeweled 2 and earlier might find their playing a little slower. You can turn off some unwanted features such as 3d acceleration and animated backgrounds if you want a faster experience. 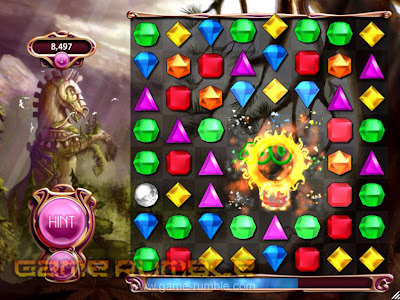 There are 4 basic modes available in Bejeweled 3 such which are classic, Zen, Lightning, and Quest. To track your own progress, you can create a personal profile before you begin the game and chance profiles if you're sharing the game with other players. The classic mode is basically the old play mode as the name suggests where you play by the old rules. Zen is like a play forever mode and lightning mode is where you collect time gems and sort of like a time-trial mode.

Some other notable new features are available such as being able to swap gems while the other gems are moving and being able to replay how you got a powerup gem (this is really cool feature). Bejeweled 3 powerups are mostly the same with the old ones and you can find a listing of them on our older bejeweled blitz review. 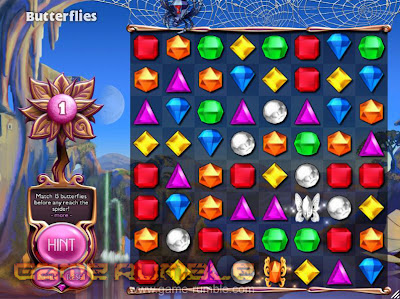 The Bejeweled 3 music is very relaxing and very mystical and sometimes can also get very intense and makes the game more engaging.

The larger drawing and black outlines of the gems makes for an even sharper graphics. Popcap really spent a lot of time in this area this time and the difference is very noticeable. I also love the transition effects such as when you enter the game, change levels or go back to the main menu. 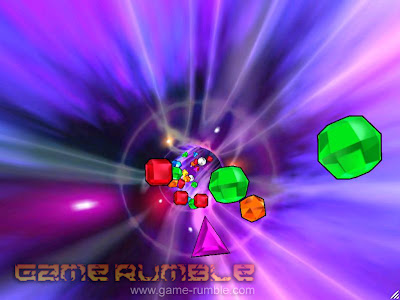 So if you think you've seen it all, Bjeweled 3 and we will prove to you that you haven't quite yet. Bejeweled 3 redefines "classic" in a very fashionable way.

0 comments on Bejeweled 3 Review For PC