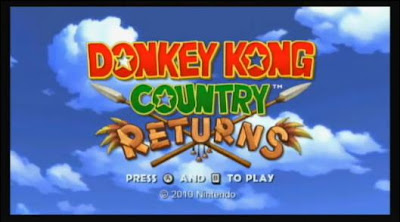 Donkey Kong Country Returns or simply Donkey Kong Returns is a remake of Nintendo's classic monkey duo Diddy and of course, Donkey Kong himself. The game was recently released last November 21, 2010 in the US for the Nintendo Wii. 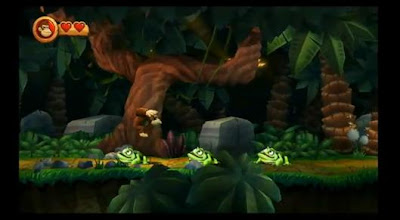 This new Donkey Kong Wii game preserves the classic sidescrolling nature of the game. With improved environments, animation and graphics, fans will surely feel nostalgic as they play along. 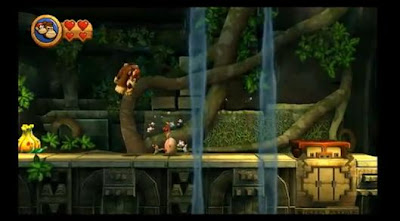 Several other new things are new in this  Donkey Kong Country Wii game such that you can now hang on grassed ceilings and walls like a real monkey, the ability for another player to play as Diddy Kong (that's right, a two player mode) anytime, or if you ever decide to go on single player, Diddy rides on your back and provides a jet pack that allows you to float in the air for a short time. 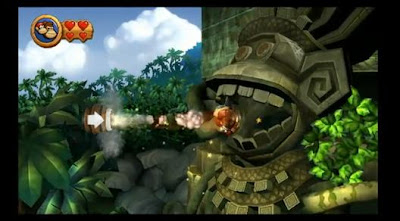 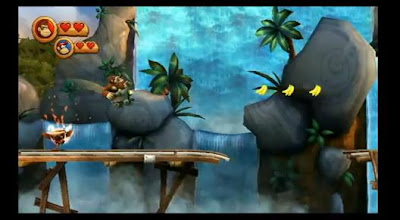 A lot of the old Donkey Kong game elements are also retained such as the barrel blasting (but even more improved), Rhino riding (and some others), and well... Collecting Bananas. There are 8 different worlds and different levels to complete. Be ready to dynamically interact with the game environment such as hiding from crashing waves and be chased by giant monsters. 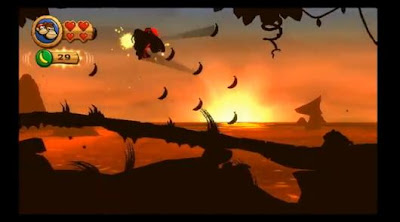 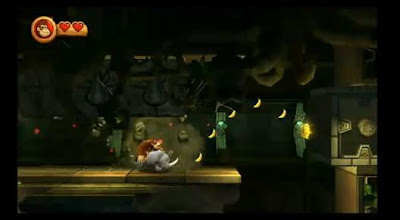 As for the controls, you can use the Wii remote or the Wii Nunchuk to play the game.