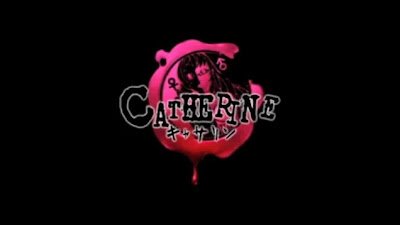 Catherine is one of the most anticipated PS3 and XBox 360 games in Japan ranking along with Monster Hunter and Dragon Quest. Catherine PS3 and XBox 360 according to some rumors can be compared to games like heavy rain and shenmue and is not an RPG but an action game on its own behalf. The game comes from the makers of Persona (Atlus).

The  graphics looks just like an actual anime. The director of Catherine Kastuna Hashino described the Catherine game as an action game and mystery solving or puzzle game. You can move freely around the environment, around towns and other places. There are also three types of stages which occurs when Vincent is awake (drama) and those during sleep (nightmare, stray sheep). The game will also feature multiple endings and dynamic character build-up depending on the choices that you make in the game.


Let's move to the storyline a little bit. So... The story is about a guy named Vincent who is in a relationship with a woman named Katherine (note the K) and she wanted Vincent to marry her. Vincent feels pressured about this and so he met this younger, and attractive girl named Catherine (note the C).


At the same time, there have been some rumors about young men dying in their sleep. Rumors has it that these young men dream of falling and those who don't wake up dies. Vincent started having the same nightmares described in the rumor since he met Catherine (and all the other stuff that happened between them) and has grown suspicious.

So far, the game seems very interesting and the Catherine trailer has a very wonderful music. There seems to be some connection between this game and the Persona world. But here is the sad part... We don't know yet if we are going to get a Catherine US version. Catherine release date for Japan is on February 17, 2011 both for the PS3 and XBox 360 versions.

Update: You can now get Catherine for PS3 and XBox 360.