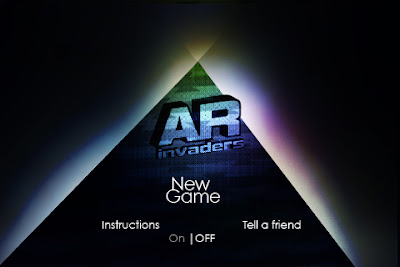 AR Invaders is an iPhone game which puts the classic alien invader game with a twist of reality. You have joined Earth's resistance Forces to fight alien ships, you use your iPhone to aim and shoot at them. 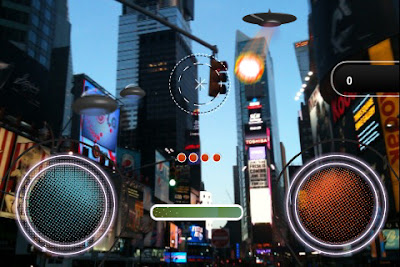 AR stands for Augmented Reality uses the iPhone camera to create illusions of alien space ships (UFO) infesting you environment (as you see in camera), it's like a modern space invaders. The enemies attack from various points, so you have to move the iPhone on several directions to aim and shoot at the enemy. 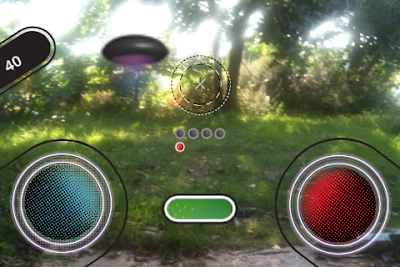 There are two modes that you can play, 360 mode and 180 mode. In 360 mode the environment is basically more vast while the 180 mode limits the playing zone to be more manageable. There is also a multiplayer mode which allows you and your buddy to fight the invaders in one physical space. 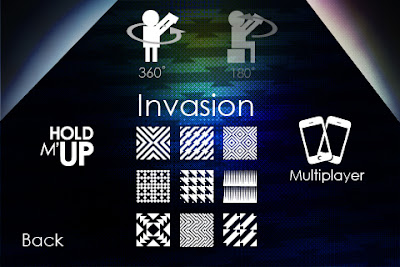 In 360 mode, the player engages with alien spaceships attacking from various points in his/her physical environment - by moving the device up, down, left and right, the player discovers the location of invading ships in a physical and unique playing experience. 180 mode reduces the playing zone to an area more manageable in the sitting position. Multiplayer mode allows more than one player to fight a battle together in a given physical space, making a truly social augmented reality gaming experience. 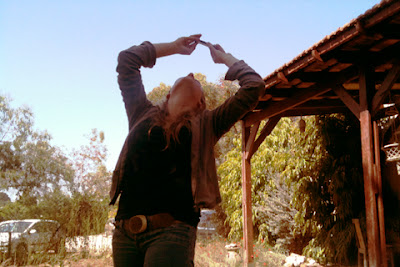 this is totally new game experience!!!
watch the YouTube to understand the meaning of playing in your natural surrounding.

when was the last time you saw someone play like this?