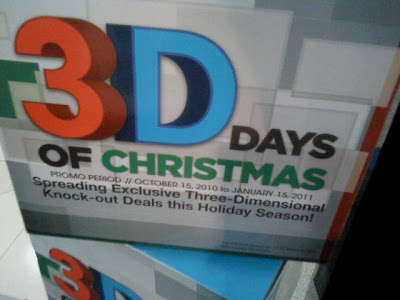 Sony is holding up an even called Sony 3D Days Of Christmas which I happened to know when I passed by at Trinoma Mall. I don't know where else this is happening but the event basically showcases Sony's newest products from digital cameras, laptops to PS3!

At the 3D Days of Christmas event they also had this area where they showcased the Sony 3D TV using a PS3 and a Gran Turismo 5 game. Almost anyone is allowed to wear the glasses and try the game. I tried the glasses and it was awesome! I almost fell on my a** the first time I wore it, I thought I was gonna bump to a road sign... Really! 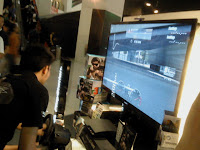 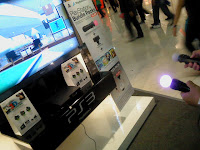 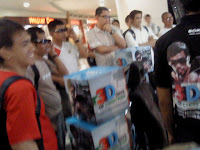 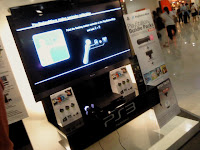 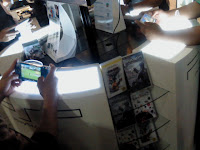 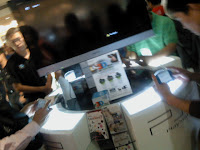 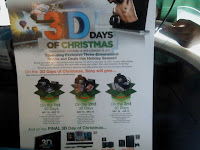 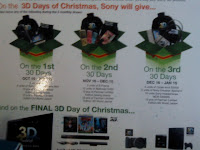 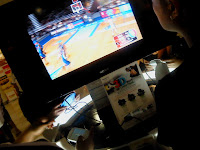 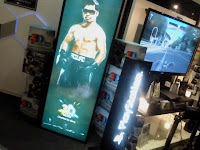 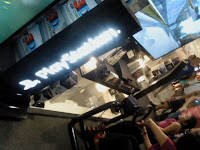 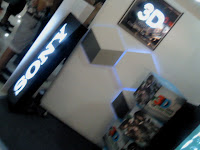 Sony also featured the PlayStation Move Motion Control which I didn't have the chance to try out. I guess was too shy to play in public. They also had this area where you can play a PSP and even try the PSP's TV-out capability.

They have a raffle where you only had to buy any Sony product at the event and get a chance to get a raffle entry. The 3D Days of Christmas isn't literally a 3 Day sale, it actually lasts until January 2011!

As Many of you may have noticed, Manny Pacquiao is Sony's newest 3D World Endorser. Hmmmm... Just the right timing for the Pacquiao vs Margarito fight!

There are PlayStation Bundle Pack Promos for 4, 999 pesos you get a PlayStation Move Motion Controller + PlayStation eye + A Selected Game (Sports Champion, Start Pary, KungFu Rider, Resident Evil 5 or Brunswick). There will probably be more as the event goes... 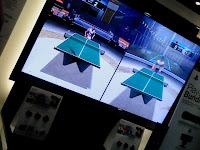 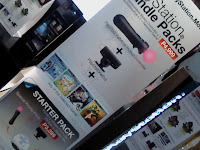 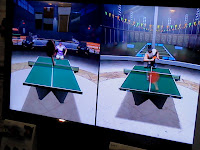 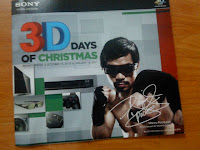 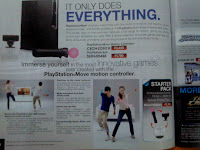 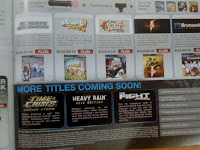 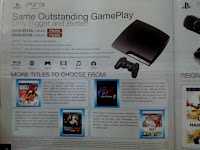 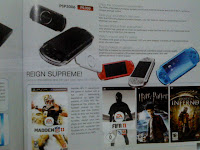 I noticed that everyone was gathering in the same place and looking for a brochure. Perhaps they didn't know that other stores like Anson's also had it on their Sony area. I took some shots of the brochure (see above) for those who might be curious of what's inside.

going there today and will be checking this out! thanks for posting this!