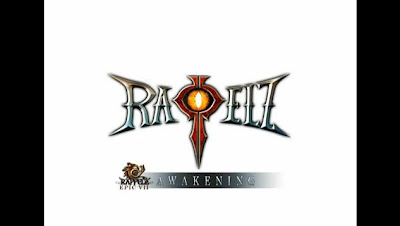 Rappelz MMORPG allows players to play solo or by group. Set in the medieval world, Rappelz online also features character customization  and boasts of its unique feature of allowing pets to fight along their masters.


On November 27, 2010 (Saturday), EagleGame International Ltd. will be launching Rappelz Epic 7 The Awakening to be held at Alpha Land Southgate Mall in Manila, Lower Basement Anita Bldg., Lower Bonifacio in Baguio City, and Virtual Pub in Iloilo from 10am to 8pm.

Join activities such as Auction, EGI  Henyo, Ruppies o Kahon, Boss Time Attack, Battle Of The Noobs, Search for EGI Star and many more! Get a chance to win a Red Fox Wizbook, and a MyPhone TV81 Duo! Free plays will also be sponsored during the event!

Eagle Games International Limited is a subsidiary of NeteLusion Limited.

For more information, and to know more about the Rappelz Epic 7 launch, visit the Rappelz Philippines official website at www.rappelz.com.ph.

0 comments on Rappelz Epic 7 The Awakening Launches This November