Manny Pacquiao Is A Plants Vs Zombies Fan! 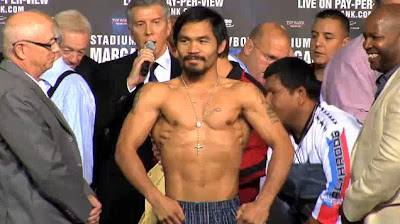 Manny Pacquiao who have just won his 8th world title agains Mexican fighter Antonio Margarito is apparently a Plants vs Zombies Fan! A story from ringTV.com says that Manny plays Plants vs Zombies on his laptop and on the iPad.

Pacquiao is known for his humbleness and kindness even after he's won several world titles. In one TV show, I remember that he said that he doesn't play that much games and I think he didn't even know about the Pacman game which he is nicknamed to (he knows Pacman, his dog though...). So it's kind of nice seeing how this game has become so pheonomenal that people such as Manny Pacquiao would recognize it (and apparently, get addicted with it).

1 comments on Manny Pacquiao Is A Plants Vs Zombies Fan!

I bet he can beat up those zombies too!