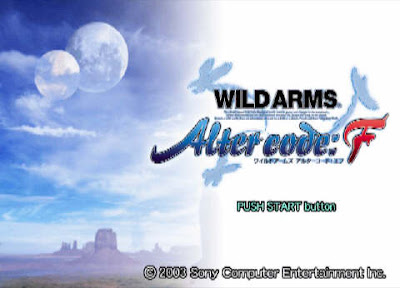 Wild Arms Alter Code F is PS2 game and a total remake of the game Wild Arms that was released back in the PSX platform. The plot revolves around the fictional world of Filgia where humans and elws once lived together in peace and worked together to drive away the metallic bodied demons. Years after the great demon war, a sudden attack to a human empire called adlehyde was made by yet another demon. Three young people, Rudy, Cecilia and Jack were bonded together by destiny to combat these demons once more with the help of powerful guardians that you can summon and the ancient weapons that were crafted back in the days of the old war, the ARM will aid you and your friends in your quest to punish evil. 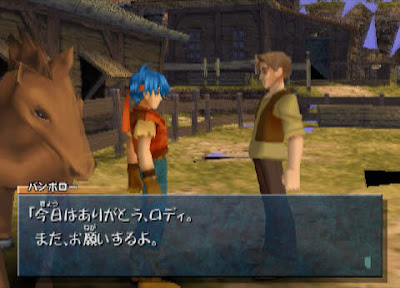 Alter Code F preserved the old 3 party system during fights. However, as a bonus aside from the new 3d graphics, 4 more characters have become playable (now isn't that good news?). The old equipment system has completely banished. If you're an old fan, you'll remember that in Wild Arms 1 all characters can equip clothes or armor, accessories and weapons like swords and staff. These are all gone in WA Alter Code F. You can still run around and that's always a fun thing to do and the tool system has been preserved but only for the 3 original characters. The new playable characters cannot be switched on levels except on special occasions. Oh, that reminds me... You can switch characters on the fly this time. The Wild Arms ACF battle system had a few changes like "escaping" aren't allowed anymore. In dungeons, the savepoints that looks like pentagrams have also disappeared but you can still use the gimel coin to save anywhere. 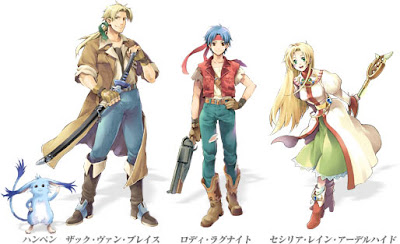 Sometimes  I think that this game is a crossover of "wild arms" and wild arms 2. Why? Because there are things like the radar system which allows you to look for places you haven't visited before and the Migrant Seal system that allows you to cancel enemy encounter were features that were first introduced in wild arms 2nd ignition. I would even say that this game had some wild arms 3 elements because the battle system takes place where the characters run around all over the place, just like in wild arms 3. Good thing that the magic system was intact, but I think Jack and Rudy's skills which are the Fast Draw and ARM have changed somehow. Speaking of Rudy, I think they have changed something about his ARM upgrade system and I don't really like it. Rudy was just way cooler in [Wild Arms] even if looked deformed. The skills system from Wild Arms 3 has also been adapted into this game.

The difficulty of the puzzles were very much the same and most can be solved by anyone with a brain. I can't really remember how the old puzzles were, but I still had times when I had to... Ok... I admit... I pick at wild arms walkthrough that I could find online. 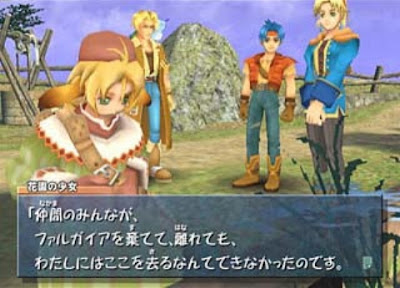 This new Wild Arms Game is now in full 3D graphics. The character designs were a little off though compared to succeeding wild arms games after alter code f. What you would be very excited to hear about are the summons. They look totally cool now unlike in wild arms psx where they looked like characters in pokemon. The towns are in full 3D, everything has just been recreated to life.

Going back on the character designs, I really didn't like how Jack looked like, especially his sword. His sword looked like a Samurai and he looks like a cowboy...Ok, he belonged to some sort of group in his past but still... Ok, some praises for the 3D graphics goes to how the golems were designed. I mean, they looked really cool in 3D compared to when they were just in 2D.

Something on the animation... I think the developers or animators got a little lazy, or maybe this project just didn't have enough funding... When Rudy is using his tool "bomb", he doesn't even bend his back to place the bombs! Bomberman looked better at placing bombs and standing and be able to drop bombs is just plain ridiculous for a 3D game. I wish they spent more effort on this.

The cut scenes were awful. They were trying to blend the look seamlessly with the actual gameplay but it didn't look good at all. I guess it could've been better if they just made some full anime animation during cutscenes. 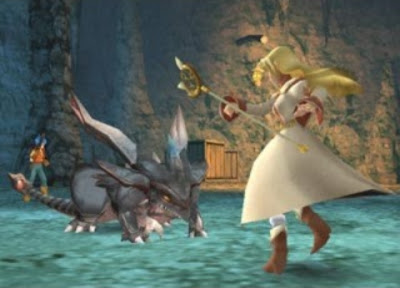 I would be very honest on this one. I really think that the first wild arms music was better. The wild arms theme at the start was the same, but the rest have been redone. The music when the character sleep for example takes a lower note compared to the old one where it goes on a higher note. I'm sure that old fans would realize sooner and later once they play this game. If you really want to find out the difference, be sure to buy from the link provided below.

The control when inside the town and dungeons was a no brainer. However, it was really confusing on the field map. Honestly, I still don't get how the map system works, it's just too confusing for a new player. Later in the game, you can get an item that tells you where you came from and that's pretty useful. Actually, you get items that enhances the overall experience of the game. I did notice some bugs though, like the scene where you're getting  your first mediums and each character have to pass some sort of test. The control just went out of control and whenever I used a tool, the character started moving by himself. Not sure if that was part of the game but it was still there after I got through... So I guess it's not? 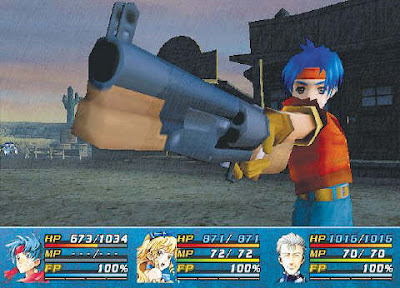 Well I know for a fact that Wild Arms has a very high replay value having played this on the PSX. For example, there's this Puzzle dungeons called puzzle box where... well... solve a puzzle and you'll get some special items. There's a lot more like fighting in arena tournaments and special bosses. In other words, Wild Arms Alter Code is full of sidequests that you could get busy about before or after you finish the game. 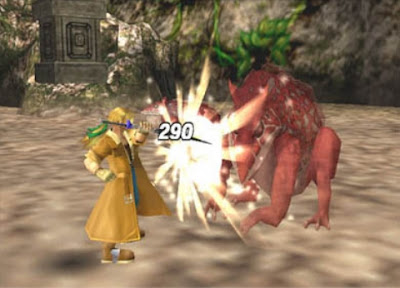 Overall, Wild Arms Alter Code F is a wonderful remake of the original. It fell short on some aspects but made up for the most part. As a long time fan of the series, I would highly recommend playing the game for both newbie and old time fans. You can grab the game at Amazon